WE ARE PROUD TO ANNOUNCE THAT OUR GRAND LILY ARM CHAIR HAS WON A  2016 GOOD DESIGN AWARD; THE WORLD’S OLDEST AND MOST PRESTIGIOUS CONSUMER DESIGN AWARDS PROGRAM!

We are proud to announce that the Grand Lily Arm Chair, designed by Brian Boggs of Asheville, NC has won the 2016 GOOD DESIGN Awards, as awarded by The Chicago Athenaeum: Museum of Architecture and Design.

Founded in Chicago in 1950, GOOD DESIGN™ remains the oldest, most prestigious, and most recognized program for design excellence worldwide.

For 2016, the Museum received submissions from several thousand of the world’s leading manufacturers and industrial and graphic design firms from around the world representing the most important and critical mass of influential corporations worldwide in the design industry from over 55 countries.

This year marked the Museum’s most significant year for GOOD DESIGN™ with the world’s critical mass of several thousand FORTUNE 500 companies and the world’s foremost design firms participating from over 55 countries.

“It is a true honor to be recognized with this award in design excellence and to be in the company of some of the world’s most talented and creative thought leaders.”

Released in 2015, the Grand Lily Armchair is designed to invoke images of a flower in bloom, the outline of this chair is built to a height in scale with larger dining tables of six or more place seatings.

This chair further mimics a lily flower with its armrests, which were inspired by the form of lily stamens. To preserve the minimalist Grand Lily profile, adding armrests requires a free-floating design that distributes stress and pulls support from deep within the seat. The solution involves both material choice and engineering through the use of a heat-treated hickory dowel and taper locking dovetails.

Each Lily Chair has a minimalist frame design, which requires no bracing below the seat. The chairs are assembled with long tapered dovetails and locking tapered tenons at the junction of each rear leg. The use of double tenons in the front legs further reduces the need for screws or bracing, increasing the stability and longevity of the design.

Learn more about the Lily Collection. 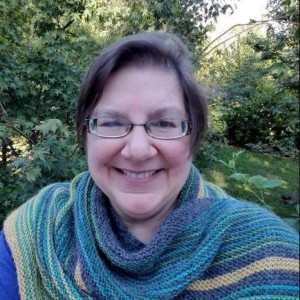 LA Bourgeois discovered an artist who happened to work in furniture when she joined Brian Boggs Chairmakers. Inspired to unleash her own inner “furniture nerd,” she combines her knowledge of woodworking, interior design and writing to convey the passion she sees around her each day.
All Posts »
PrevPreviousBrian Boggs Became Winner Of The Renowned A’ Design Award
NextFedEx Small Business Grant Bronze WinnerNext
LOCATE OUR SHOWROOM